What Are Co-Occurring Disorders?

An individual is said to have a co-occurring disorder when they have a mental illness alongside a continuous substance abuse problem. Many people know co-occurring disorders as a “dual diagnosis” for this very reason. Experts have classified mental disorders as malfunctions in the physical chemistry of the brain, which ultimately propagates a negative or irrational outlook on life. Mental illnesses significantly impact one’s behavior and relationship with the outside world. An illness, in its most basic definition, is termed as the deviation of a bodily function from its natural set point to no positive avail. When this deviation occurs in the brain, it is deemed a mental illness.

Substance abuse is another behavioral deviation that is remarkably unhealthy. It places significant stress upon your body, mind, and your social relationships. Substance abuse can include many things such as the exploitation of alcohol, medicinal or recreational drugs, glue, or other solvents. The use of such psychoactive substances can alter one’s natural state of mind.

Both mental illnesses and substance abuse have something in common: they directly affect a person’s behavior, and their impact is mostly negative. They impact a person’s performance at work or school, in social atmospheres, personal or formal relationships, and they adversely affect their health too.

In line with research from the Journal of the American Medical Association, around 50% of people who bore severe mental disorders are diagnosed with a co-occurring disorder stemming from their addiction to substance abuse. This is a staggering number of individuals.

A person with a dual diagnosis needs immediate help. Due to their dire condition, they are unable to function as stable members of society. Such individuals are incapable of contributing to the community and only harm themselves. They may also pose a threat to the safety of those around them. This includes all people from loved ones to school or office peers. A dual diagnosis is equivalent to collateral damage when left untreated. Co-occurring disorders only become worse over time. They are out of the victim’s control, and professional help must be sought!

Mental Illness as an Underlying Issue of Addiction

A person struggling with addiction is very likely to develop a mental illness, primarily due to the harmful psychoactive substances present in the abused substance. These chemicals easily enter the brain and embed themselves into the brain’s natural chemistry. They then disrupt the normal function of the brain. This is not a deviation so simple that it can be cured by traditional body homeostasis. No, this problem spans much farther and deeper than that. It can only be escaped and removed for good through rehab and psychotherapy.

Examples of mental illnesses caused by substance abuse and addiction are clinical depression, anxiety, and obsessive-compulsive disorder (OCD). However, it is not limited to only these diseases. More severe mental illnesses may also form in the brain. Examples include bipolar disorder, bulimia, binge eating, post-traumatic stress disorder (PTSD), and borderline personality disorder. All of these mental illnesses are serious and have truly detrimental effects on the victim and their surrounding community. 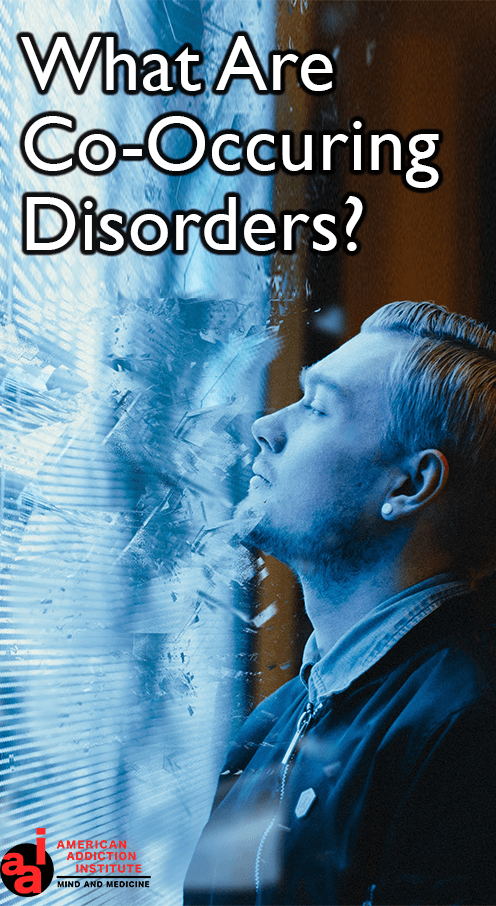 Treating co-occurring disorders or dual diagnoses gained importance during the last decade of the 20th century. Treatment methods highlight the importance of simultaneously dealing with abuse-related problems as well as mental illnesses, mostly as a side-effect of addiction.

The first step to achieving a cure is to obtain a reliable diagnosis from a well-versed doctor. If one genuinely has a dual diagnosis, doctors will recommend them to several quality rehabilitation centers in their vicinity.

A quality psychotherapist will provide a supportive environment to allow an affected individual to heal from the trauma and illness. Inclusive treatment methods support this move towards providing a supportive environment. For such treatments, people who are close to the victim are welcomed into the rehab facility to help the patient better cope with the recovery process. Psychotherapeutic medicines are also often provided. These may include anti-depressants and the like, depending on the mental illness that is accompanying the patient. Group support is also vital in such situations. The patient may be urged to join a community support group, such as Alcoholics Anonymous.

American Addiction of Mind and Medicine is now proud to offer Teletherapy services for substance abuse! If you have any questions or would like to schedule an appointment with us, you can call us 24/7.

How to Find a Co-Occurring Disorder Rehab

A reliable psychotherapist can help you find a well-reputed rehab center to help you cope with a dual diagnosis. `You can also ask for references from people in your close community and social circles. Dual diagnosis is not something to be ashamed of. Do not fear judgment when you reach out for help to find a good co-occurring disorder rehab. Online searches can help you land a rehab, but the best way to find one is through references from reliable people. Do check if your local government offers a mental health program or maintains a list of highly ranked rehab centers.

Get Help with Co-occurring Disorders today!