Used to treat a variety of common health issues, Benzodiazepines, otherwise known as “Benzos”  have proven to be one of the most commonly used drugs of today. Their high success rate, however, comes with a high price to be paid, if their use is to be abused. In the following, we will talk about the signs and symptoms of the disturbing Benzodiazepine addiction and everything that you need to know about it in order to be able to recognize it and ask for help as soon as possible.

Benzodiazepines are a class of psychoactive drugs, most commonly used to treat anxiety and insomnia, apart from being used to treat a variety of other common health issues. They have been listed among the most widely prescribed medications in the United States, especially among the elderly who often face sleep disturbances and insomnia.

Benzodiazepines are also often used to treat panic attacks, alcohol withdrawal, and seizures, among many others. They work by enhancing the effect of a very important neurotransmitter in the brain, named GABA, which is a tranquilizing neurotransmitter. But benzodiazepines also contain additional chemicals that add to the calming effect, which is already induced by GABA.

There is a long list of Benzodiazepines, according to different factors such as how quickly they are absorbed in the body, what are they used to treat, etc. Some of the most commonly used Benzodiazepines are Ativan, Xanax, Valium, Tranxene, and Estazolam.

Why are Benzodiazepines addictive?

It is because their long-term use can quickly lead to dependence and resistance, in addition to potentially causing a variety of adverse effects. Although Benzodiazepines are most often prescribed to elderly patients, age 65 and above, it is this age group that is struggling with a higher risk of developing addiction and resistance in addition to struggling with the potential side-effects.

According to the Substance Abuse and Mental Health Services Administration (SAMHSA), since 1998, the number of hospitalizations due to Benzodiazepines abuse has increased from approximately 22,400 to 60,200 in 2008, with the patients ranging from age 12 and above.

Benzodiazepines cause both physical and psychological dependence, which later would result in withdrawal symptoms, resistance, and drug-seeking behavior. It is because of their sedative effect and their addiction-forming chemicals that the Benzodiazepines are known to cause addiction.

Initially, the Benzodiazepines will prove to be highly effective at combating the existing issues. However, over time, the patient’s body will get used to the prescribed dosage, and the Benzodiazepines will no longer be as effective as they were before. The patient will require a higher dosage to experience the same beneficial effects as before, and the requirements for a higher dosage will keep on growing, due to the body’s resistance. 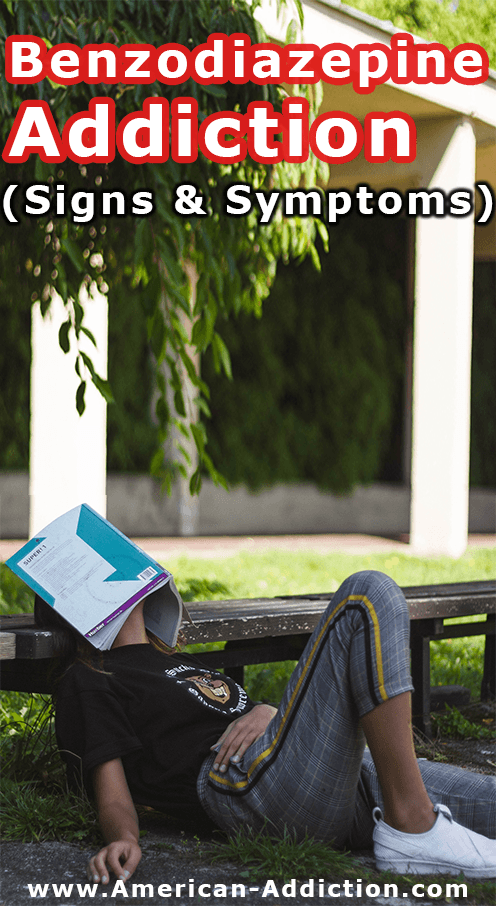 The signs and symptoms of Benzodiazepine addiction include:

After quitting using Benzos, the individual may experience physical and psychological withdrawal signs and symptoms. The severity of the withdrawal symptoms depends on the type, amount, and duration of the Benzodiazepines that the individual has been using.

When trying to stop using Benzodiazepines altogether, it is not advised to stop using them at once since there is a greater possibility of experiencing more severe withdrawal symptoms. Instead, it is advised that the dosage is gradually reduced so that the withdrawal symptoms are better controlled, and the efficiency of the treatment be minimized. 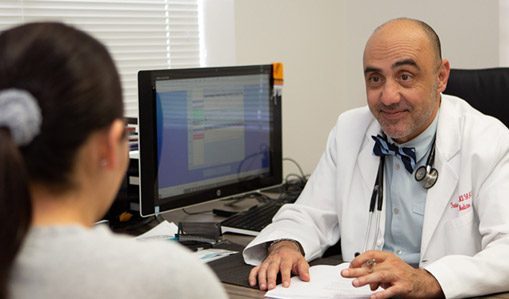 Common symptoms of Benzodiazepine withdrawal include:

Benzodiazepine addiction and withdrawal need to be recognized as soon as possible so that the individual can receive proper treatment. The first step is medical detox, which aims to remove the drug from the individual’s body. This is a process that is done under medical supervision since, as we mentioned earlier, it can be potentially lethal.

Two Benzodiazepines are usually used in this process, to allow the body to get used to the smaller amounts of the drug instead of removing it completely. Either Valium or Klonopin is given intravenously, which will reduce the severity of the withdrawal symptoms.

During this process, other medication-assisted treatment can also be used to help relieve the withdrawal symptoms and improve the individual’s condition. Buspirone and Flumazenil are the two most commonly used drugs. This is a procedure that can be done as either an outpatient or an inpatient procedure, depending on the patient’s condition. However, in most cases, inpatient detox is advised, since the outpatient detox or detoxing on its own often results in short-term sobriety.

Next, rehabilitation is highly advised. Once again, the patients can choose between inpatient, Outpatient and intensive outpatient treatment depending on what we discuss is best. However, it is only the patients with a mild Benzodiazepine addiction that are advised towards an outpatient rehab. Rehabilitation includes counseling and support groups in a temptation-free environment. Many former Benzodiazepine addicts choose to attend meetings after their rehabilitation has been completed, to eliminate the risk of going through the same experience once again.

If you are struggling with benzo addiction, or Xanax addiction please reach out and call for support. We deal with this every single day and treat you as the individual that you are. If you want to recover, and are accepted into the American Addiction Institute program, we will not abandon you for relapses or faults. We are premier drug rehab in California. It is our mission to help you heal at your own pace. Give us a call today by clicking below.